Stuart Scola is a special agent of the New York Field Office on FBI.

Stuart didn't leave his stockbroker career because it displeased him, but he was searching for more real and meaningful life (Outsider). He knows Special Agent Sheryll Barnes from their time in Quantico. According to her, Stuart slept with her roommate, Nicole. He neither confirms nor denies that statement (American Dreams). Stuart later worked 5 years in the FBI Boston Field office, where he worked a case with Jubal Valentine in 2014 (Little Egypt).

According to himself, Stuart is half Irish (Never Trust a Stranger). Stuart usually comes up with bits of info his co-workers don't know about. Like when he cracked a case because he knew about the genetic chimera phenomenon (Unreasonable Doubt). He is well-off due to his years as a broker (Short Squeeze). 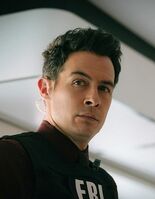 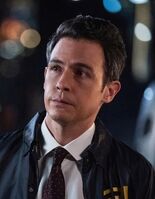 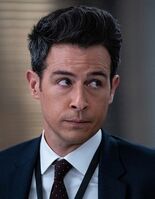