Omar Adom Zidan is a special agent of the New York Field Office on FBI.

An FBI Special Agent in NYC, OA made it from Bushwick to West Point, where he became an Army Ranger. He has both the confidence - and the will - of someone who’s had to fight every step of the way. After spending two years undercover, the DEA abruptly ripped him out, and he was cherry-picked by the FBI.

A New York City native, OA is of Egyptian descent and a practicing Muslim. He proudly identifies with his heritage and religion but prefers to be called an "American" rather than "Egyptian" (What Lies Beneath). He has three sisters (Prey). He mentioned growing up in Astoria, Queens (Little Egypt), where there is a sizable Egyptian-American community. He has mentioned several times about the bullying he suffered during his childhood as a result of 9/11 and the subsequent rise of Islamophobia.

OA graduated from the United States Military Academy (West Point) and left the U.S. Army with the rank of captain (Cops and Robbers). He served on two tours of Iraq with the 2nd Battalion, 75th Ranger Regiment (American Dreams), the same regiment as Chicago Police detective Jay Halstead. During one of those tours, his team was ambushed and he managed to survive after falling into a dugout basement and hiding there for three days until his rescue.

OA's encyclopedia knowledge of the Quran and fluency in both reading and speaking Arabic has proven useful in cases involving jihadist terrorist. He has a strong distaste for right-wing extremists, once telling a terrorist that "guys like you shouldn't get to say Allah's name" (Green Birds). 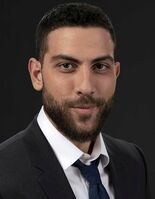 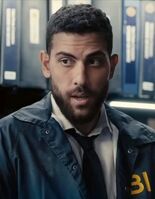 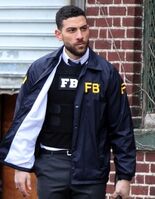