Kenny Crosby is a special agent of the Fugitive Task Force on FBI: Most Wanted.

FBI Agent Kenny Crosby - An Army intel vet Jess has taken under his wing, also a communications whiz. Kenny can be a little tough and aggressive when provoked or when he disagrees with disrespectful or improper attitudes.

Kenny served in the 12th infantry while in the army, and he struggles with anger management. In Invisible Kenny becomes extremely upset when he participates in the questioning of a veteran who is dealing other veterans addictive medications to help with PTSD and anger issues. He yells in the interrogation that he has lost five comrades to suicide. To help him with his anger management, Hana has given him breathing exercises that help to calm him.

Kenny is shown to have a good relationship with Hana, presumably because they are the youngest team members and the two often exchange banter. In Grudge Kenny was the first to notice Hana's abnormal behavior when Jack Wellman, a former FBI contract hacker who stalks Hana, texted her offering her information on the case. Kenny insisted on accompanying her to a meeting with him and intervened when Wellman attempted to follow Hana after she left. 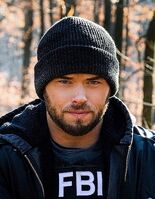 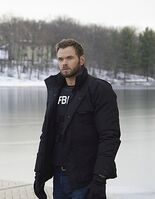 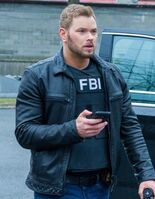