One Chicago & The FBIs Wiki
Register
Don't have an account?
Sign In
Advertisement
in: Episodes, Chicago P.D. episodes, Crossover episodes

After a hooded man open fires on their patrol car, Roman is left wounded and Burgess takes off after the shooter, briefly losing sight of him, and shoots when she relocates him turning in her direction with a glimmer of silver in his hand. No gun has been found at the crime scene and the shooter is identified as a 17-year-old honor student who will likely never walk again due to his injuries. Protests begin as the public views the case as another incidence of a police officer shooting an unarmed African American teenager. Assistant State Attorney Peter Stone, the same man who sent Voight to prison, has been assigned to help defend Burgess and conduct his own investigation under the supervision of State Attorney Mark Jefferies. Stone and his team need to collect enough evidence to indict the teen and clear Burgess, but must tread with caution on this high profile case as tensions run high. 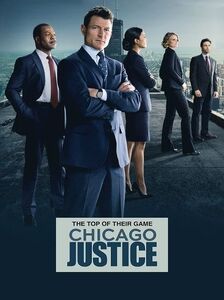