Jubal Valentine is an Assistant Special Agent in Charge of the New York Field Office on FBI.

He is in the sweet spot of his FBI career: experienced enough to honcho a sophisticated response, energetic enough to keep his team motivated. His ability to relate and engage easily to subordinates and superiors makes him "good glue" and sets him up as the nerve center of the office. Everybody thinks they know the "real" man, but as open as he is, if you look closely, he takes in much more than he puts out. Jubal has a great sense of humor and usually enjoys making puns. According to some of his comments, he is very fond of baseball.

Jubal had alcohol problems but he is completely sober for years now. He is a member of Alcoholic Anonymous (Compromised) and has helped as sponsor of other addicts like Morris Kalu (Conflict of Interest). He met Jess LaCroix in 2012 working the Haynes Spree Killer case. Jess helped Jubal with his alcohol problems then. When Jess' wife Angelyne died in 2016, Jubal returned the help (Most Wanted). In 2014, while working in the FBI Boston Field office, Jubal worked a case with Stuart Scola (Little Egypt).

He is divorced, but on good terms with his ex-wife Samantha (Partners in Crime). Jubal has two children with her: Tyler and Abigail (Crossroads). In the past, Jubal had an affair with his then co-worker Rina Trenholm that, in part, led to his divorce (Unreasonable Doubt). He was in a relationship with Rina Trenholm from the spring of 2021 (Straight Flush) till her death in January 2022 (Grief). 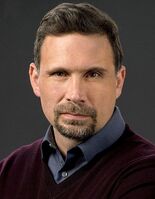 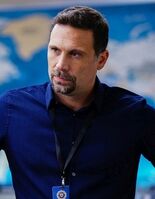 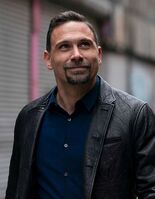