Jess LaCroix is a supervisory special agent of the Fugitive Task Force on FBI: Most Wanted.

Jess LaCroix is an "agent's agent" who's at the top of his game and oversees the team from the FBI's Most Wanted Unit, which is assigned the most extreme and egregious cases. LaCroix explicitly trusts his team and looks out for the younger agents.

LaCroix is often reticent about his private life and even his agents know that it is not a line to cross. His brother-in-law Clinton, whom he sees more as a brotherly figure rather than his subordinate, is usually the one to discreetly remind him to take care of himself or check up on him. At work he generally puts on a tough front but is a doting and loving father to his daughter.

LaCroix has a daughter Tali with his late wife Angelyne. Being estranged from his abusive father, he is closer to his parents-in-law and Tali is cared for by them due to his long and irregular hours.

He met Jubal Valentine in 2012 working the Haynes Spree Killer case (Most Wanted). 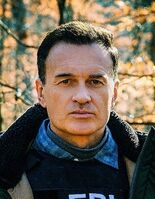 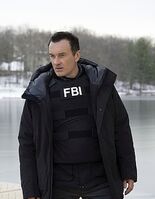 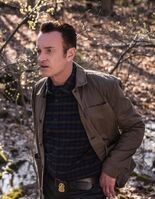