Jay Halstead is a Chicago Police detective and a member of the Intelligence Unit in Chicago P.D.. He is also the brother of Dr. Will Halstead, and the partner and husband of Detective Hailey Upton.

Halstead had been in the Intelligence Unit for a month when the show premieres. A skilled marksman and a former Ranger, he provides the tactical know-how and is often the designated sniper covering for the team when needed. His interrogation tactics are blunt and tough.

Halstead accompanies Lindsay to her high school reunion. When Lindsay realizes she's out of place, the two instead go to dinner. There, she opens up about her childhood. It is also determined that Lindsay prefers to keep their relationship purely business because her boss Hank Voight (fatherly figure to Lindsay) doesn't tolerate relationships in the Intelligence Unit.

Lonnie Rodiger had killed a young boy who Halstead was very close with, since it was his ex-girlfriends younger brother. Halstead strongly hated Lonnie and his father so when Lonnie Rodiger is found dead, Halstead is a suspect. Voight pulls Halstead's badge and has Dawson keep an eye on him. It is later revealed that Lonnie's father, Phil had discovered child pornography on Lonnie's computer and confronted him. The resulting argument ended in Lonnie being strangled with a belt.

When Lindsay accepts an offer from the D.E.A. to join a new task force, she and Halstead begin a romantic relationship because they are not working together anymore but keep it on the down-low because they are both worried what Voight's reaction to the two of them dating will be. The two end up dating for a few episodes but when Lindsay returns to her job at Intelligence the two are very cautious about being caught. Halstead recommends coming forward and just telling Voight but Lindsay refuses and their relationship ends. Hank eventually figured out they were dating but never told Halstead and Lindsay that he knew.

In the last several episodes of season 2 Lindsay spirals downhill and turns to alcohol and painkillers to deal with her guilt and grief over Nadia's death. Halstead persistently tries to maintain contact with her, even after Voight had given up. She turns in her badge to Voight, who declines to accept her resignation and files a 3-day leave of absence instead. She returns to the unit in the season 3 premiere after learning that Halstead had been kidnapped during an undercover operation gone wrong. They remain partners. Later Lindsay and Halstead get back together. Voight, previously against relationships in Intelligence, states that he no longer cares for that policy, mainly concerned with Lindsay's well being, which he entrusts Halstead with.

In season 4, Halstead tells Lindsay "Cases come and go, bosses come and go, jobs come and go, but I don't want you to come and go" and asks her to move in with him. They then decide to move into the apartment Lindsay already owns. Later once Lindsay and Halstead started living together and they admit their love for one another, Halstead had plans to propose to her, but by the end of the season, their relationship had become increasingly estranged until it ended with Lindsay being forced to leave Chicago, in order to avoid the consequences of her committing brutality on a suspect.

In the episode "A Shot Heard Round the World" Halstead isn't thrilled that his co-worker and friend Antonio Dawson is leaving the unit. Dawson tells him that knowing the cop he has become made the decision easier to leave.

Halstead becomes personally involved with a case after his decision to arrest and send an innocent man he thought was guilty to jail, which resulted in the man's death. In "Absolution" Hailey follows Halstead to find that he has been supporting the man's widow Angela and child through the difficult time. He tells her not to tell Voight. Later on, he gets a text message from Angela asking for help. He leaves early, and Hailey covers for him. He goes to the house, which is empty and calls out for Angela, but instead is hit in the head from behind, knocked unconscious and kidnapped.

The next morning, he does not show up to work. The team goes out to investigate and pings his phone to Angela's house, where they find (presumably Halstead's) blood. Hailey finally tells Voight about the situation, who agrees that it should be kept quiet considering the circumstances. The team attempts to track Halstead down and get into contact with the men who have taken Angela and Halstead.

The men who have kidnapped them both accuse the two of stealing their drugs, which they both deny. Angela later admits that she did steal them, but Halstead assures her they will get out. However, the deal with the CPD goes sideways and the two remain trapped. Both of them are severely injured, and Halstead, riddled with guilt, admits to Angela that he is a detective and that he was the one who had her husband arrested. Angela threatens to tell the kidnappers to try and leverage her way out but decides against it in the end. Halstead attempts to get free, and with Angela's help, he does. He goes upstairs to fight off other attackers whilst Hailey has also found the place, he tells her he has to hurry downstairs to help Angela.

When he gets downstairs, Angela is pointing the gun at him. Halstead tries to convince her to calm down, but she shoots him anyway.

Halstead is escorted to Chicago Med in a critical condition. According to Dr. Will Halstead, his brother, the bullet grazed an artery in the shoulder but surgery was being done to help. Halstead awakens and has a brief discussion with Hailey before they are later joined by Hank. At the end of the episode, Halstead is discharged.

Halstead worked undercover in a sting to take down a ruthless gangster who burned down Game Day and tried to burn down Molly's. This resulted in a successful take-down, but he was shot in the shoulder.

During his stint undercover, he had a brief romantic relationship with paramedic Gabriela Dawson, sister of Detective Antonio Dawson. However, after he revealed he was moving to Intelligence, Dawson ended the relationship.

In "The Beating Heart" Herrmann is stabbed by a paranoid worker - Freddie, who Herrmann had hired after requests from Joe Cruz. Freddie is offended by a joke made by Herrmann and stabs him and runs off. In "Malignant" firehouse 51 and the team of Med is there to treat Herrmann. Halstead's brother, Will, is the attending with Dr. Rhodes. Things go sideways when Rhodes slightly delays in treating Herrmann, leading to a complication. Severide and the rest of 51 push on getting answers, leading them to ask Halstead to ask Will - who has a very strained personal relationship with Rhodes - whether Rhodes made the right call. Halstead asks Will, who tells him he "personally" thought that Rhodes delayed treating Herrmann. Halstead tells Severide, who calls out Rhodes in front of everyone. Rhodes is upset and figures out it was Will and they argue. Will tells Halstead their discussion was confidential, to which Halstead replied he never explicitly said this. Will tells him he won't make that mistake again, while Halstead replies he also won't be passing on information from crime scenes to him anymore. They later apologize to each other, resolving the argument.

Halstead makes several other appearances on Chicago Med, noticeably when Natalie Manning asks him out on a date and he declines after talking to Will, telling him "man, you really need to get it together". He also assists on several criminal cases, including that of a young rape victim in "White Butterflies".

In Season 6, Halstead appeared several times when Will got caught up in a money laundering case he was working on. Halstead persuaded Will to work with the CPD and FBI in taking down Ray Burke, who was a family friend and whose sons had asked him to make a house call on their ill father. Will was reluctant in helping because he felt he was betraying his patient's trust, but both Halstead and Agent Ingrid Lee told him he had no other choice. In the end, Ray and his sons figured out Will was working with the police and kidnapped him, forcing him to operate on Ray at gunpoint. Halstead tracked him down and took him into Witness Protection until the threat was gone. 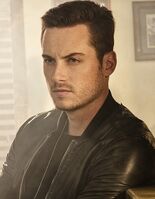 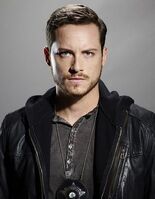 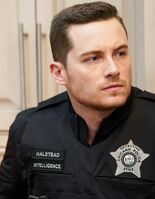